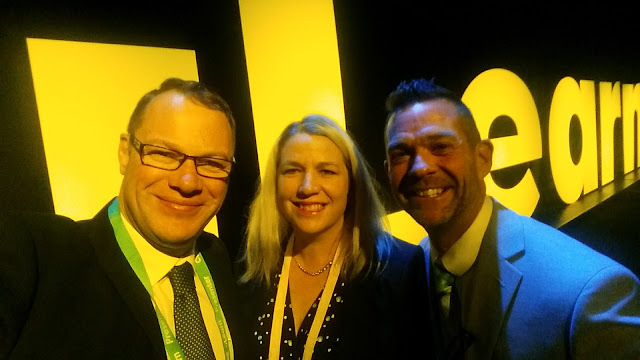 We have been waiting since October 6th 2016 to hear Brad Waid, who is “passionate about Education, Technology and making a difference!” As a father, an educator, and our keynote speaker, he’s described as “an influencer, a change agent a thought leader and a futurist”. Four airports later; 48 hours awake, Brad landed in Aotearoa, the land of the long white cloud.

Welcoming Brad to Aotearoa New Zealand has been so easy. His energetic, vivacious personality is infectious, and his passion obviously shines through. As Brad wanted to embrace our unique tikanga, attending our pōwhiri on Tuesday afternoon, sharing his mihi was a priority for him. As he pointed out, he can see why people leave part of their heart here and he is definitely planning a return trip. 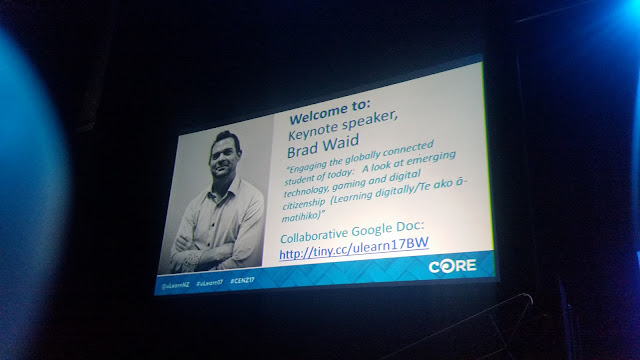 As an experienced educator, he watched how the students’ attention and engagement were captured, by enhancing the available technology. During the keynote, Brad encouraged us all to embrace every social mediums and: 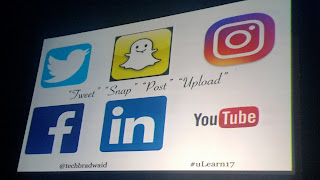 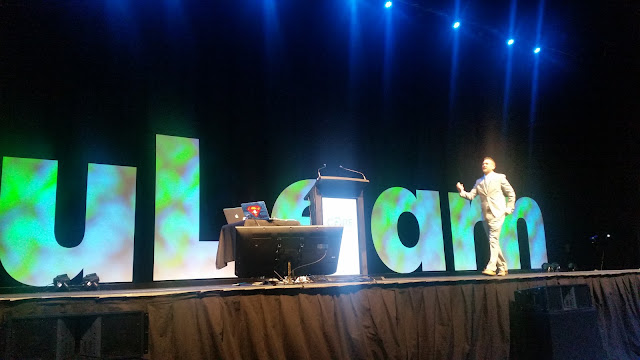 Key questions we need to consider:

What are kids learning? Where are they learning? What is our role? Are we changing? How are we connecting with our 21st century learners? What is happening when the students leave the classroom? What are they sharing? Would they share what we are teaching?

The role of educators is changing, yet have and are we actually changing?

Working with teachers one day, and students the next, a teacher shared his learning with his class the very next day. When Brad walked around the classes the following day, he saw an engaged, excited boy who was wanting to share his learning with the people in his network - as a 15 year old boy, he was taking a risk as he shared the learning - the map. 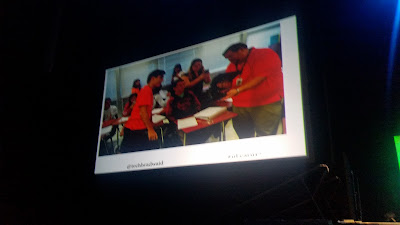 Are we preparing them for their future, or our future?

As the students were changing and adapting, so too was Brad yet, his mindset had not. He had to understand what was happening outside education, to ensure we are

“Engaging the minds of tomorrow, today”

Brad shared an anecdote, Justin, a selective mute, chose to be in Brad’s class. His parents’ goal for Justin was to communicate with his class. Can my group go first asked Justin, and Justin said something. Brad chose to say nothing to his parents at this stage, and as Justin took a chance on him, then Brad took a chance on him. He started talking and I actually had to tell him off. At snack time, Brad made a video for Mum and Dad about CargoBot, talking - TALKING! When Brad met with Justin’s parents, who have heard for years, how Justin is struggling, and when they pressed play, they heard Justin talking to his parents. Wiping the tears, Brad asked what now? Now, we can talk academics. Liberated,

the device spoke his language. 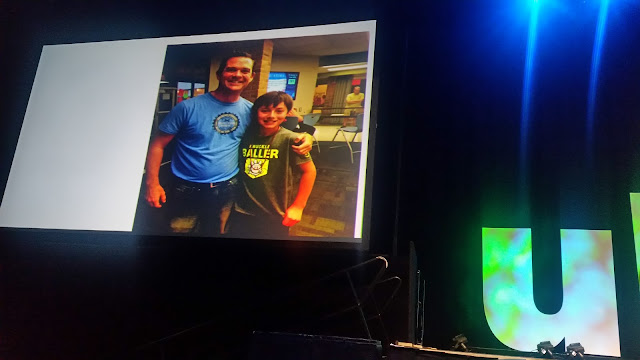 The tools will always change, but the relationships we have our students will never change.. Social media is LIVING.
Our students want League of Legends gift cards, not wanting to go to Target or Starbucks. 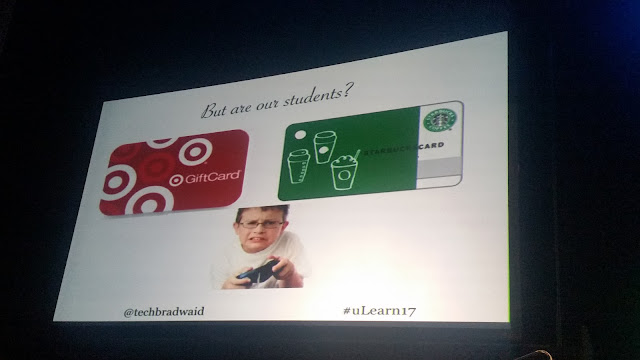 PokemonGO - took the power of screen time and leveraged movement. You have to move OUTSIDE, off the couch, into the library, the gym, the monument. For students with social struggles, PokemonGO gave opportunities for them to be accepted, breaking down barriers. YouTube influencers also have a huge impact on our learners.

How do we make a difference? 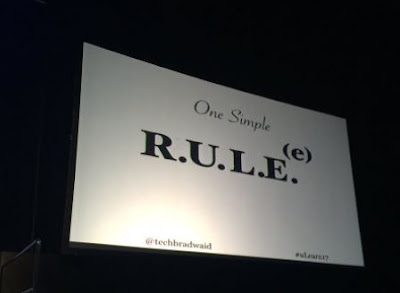 
Relationships - how we treat people

Understanding - What unites us is stronger than what divides us

We all have a gift to give
- what will you give?

Brad Pitt Waid being thanked by Helen Cooper, and presented with a taonga - Hei-Matau.

Thank you for inspiring us, challenging us, and encouraging us to share, make a difference, discover our gift, keep GIVING - a simple R.U.L.E. e 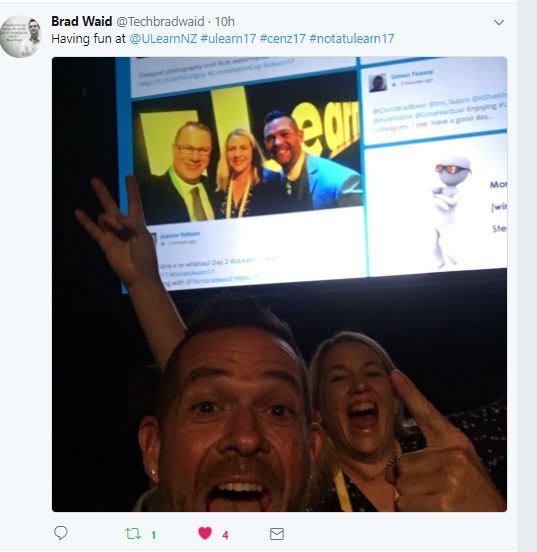 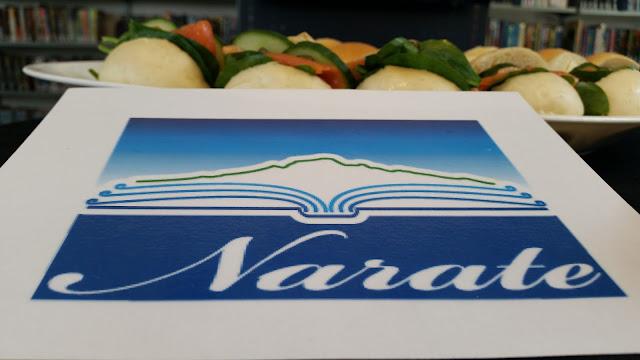 NARATE - North Auckland Regional Association of Teachers of English   A fter successfully hosting the NZATE Conference 2008 at Takapuna Grammar School, a group of enthusiastic and passionate Heads of English from the North Shore, established NARATE. As a dedicated committee of "keen beans", we have continued to meet for one hour at the beginning of every term, planned an event, and subsequently hosted events each term. Our aim is to be invitational, we have school memberships, personal memberships, as well as non members who are welcome to attend. As we are a non profit association, we have made the conscious decision to provide a generous koha to our presenters as a way of honouring the extra hours of their time and energy. Over the years, there has been a fantastic range of keynote speakers, Aotearoa Authors, as well as our own fabulous English teachers who willingly present workshops on various topics to enhance our teaching, leading and learning. In Term 4, we h 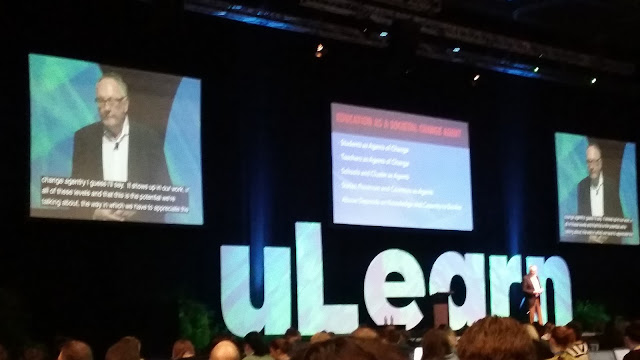 Time of Whole System Change -   Transform Learning & Leading Hearing Michael Fullan was an absolute privilege. Here are my very rough notes, plus links to the video, a coherent reflection from our CORE Education blog, alongside the reflection graphics.  We need to Change Mindsets: Exploit disruption including:  New Pedagogies for Deep Learning A Global Innovation Partnership A number of countries - 7 countries clusters of schools California (only State in US) and Ontario Watch the Keynote here: Read the CORE Education blog reflection by Rebecca Sweeney here .  Also, the reflection graphics here: www.reflectiongraphics.com Updated blog:  http://core-ed.org/events/ulearn/ulearn16-keynote-summaries/  Humans innately are: wired to connect  enhance or destroy wired to create  do we build on it or destroy it? working hard - passion struggled and continued wired to help humanity Identify the lies and then ask what can we do about it? Deep Learnin 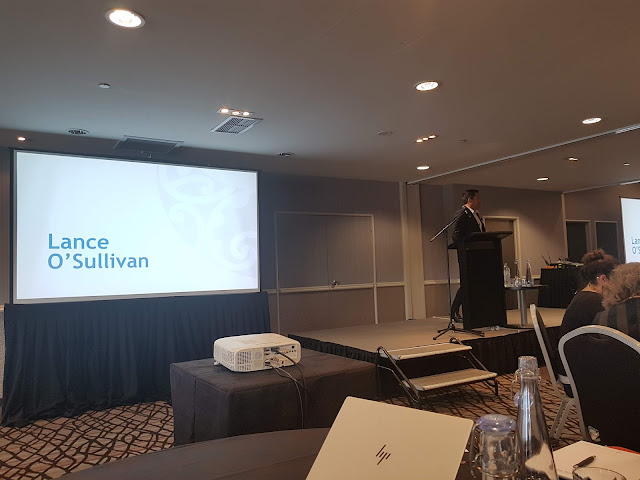 Transforming from Desperation through Disruption Dr. Lance O'Sullivan People need to feel like you are listening to them. Health System - are we ACTUALLY listening and helping them with what they need - building trust. Medicine and Health - our system is not set up to make our people healthy. It is DESPERATE for our Māori - institutional racism - We CAN'T wait. Strong Māori Role Models - Lance succeeded at Hato Petera because he could finally see himself succeeding as Māori. Now Lance has established the Hato Petera Leadership Academy for boys. In the process of setting up the same model for Māori girls in Epsom. Innovation is about ACTION! i Moko  - the digital health democracy MaiHEALTH - 'drive-through' care Embracing Failure because we are LEARNING Middle Leaders Conference 2019 One of the highlights was connecting with colleagues, friends, and both aspiring and experienced leaders...Great to have so many people focusing on middle l